An experienced figure for both club and country, Ouahabi was born in Mataro in Catalonia and made her first venture into football with Vilassar de Mar as a child. 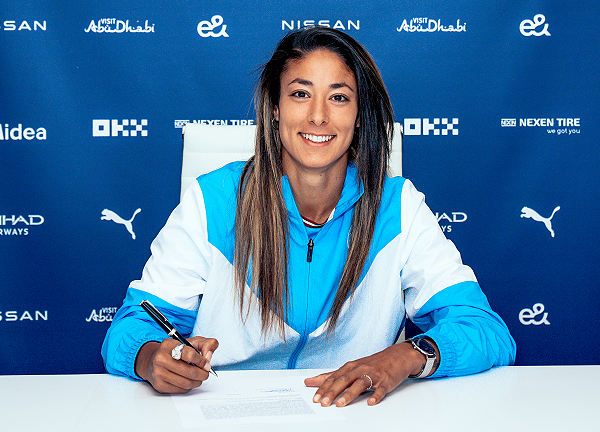 Scouted and selected to join Barcelona’s La Masia academy in 2007 at the age of 13, she went on to spend a total of 13 years in their ranks as a youngster and then professionally, with a three-year spell at Valencia between 2013 and 2016. Whilst on the books of the Spanish giants, Ouahabi played an integral role in their five Primera Division titles, seven Copa de la Reina de Futbol successes, two Supercopa Femeninas, three Copa Catalunyas and one UEFA Women’s Champions League success.

Internationally, she started out within Spain’s U19s before earning her senior stripes in February 2016, making her debut against Romania before helping the team to win the Algarve Cup just a year later, scoring the winning goal in the final against Canada. She also represented her homeland at the 2019 Women’s World Cup where they progressed past the group stages of the competition for the very first time in their history before narrowly losing to the United States of America in the Round of 16.

Set to feature in this summer’s UEFA Women’s European Championships meanwhile, Ouahabi’s stay in England will be a permanent one after the tournament with her having put pen to paper on a two-year contract at the Academy Stadium.

Speaking about her move to Manchester, Ouahabi said: “I am very happy. I was looking forward to this moment and I am really happy now it is all done.

“Manchester City have always been a team that caught my eye. I like their style of football so much and the DNA of the Club is very exciting.

“This is going to be a completely different experience for me, and I’m really looking forward to it. I want to continue enjoying my football and City are a strong Club. Both personally and professionally, I think I will grow and develop here.

“I also want to keep winning trophies. I like winning and being competitive, and I am coming here to win trophies for City.” 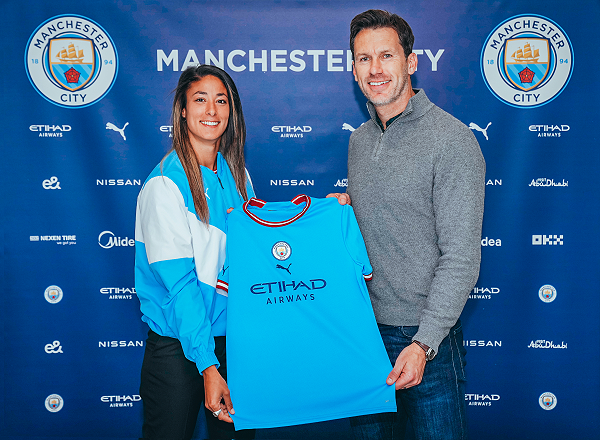 Head Coach Gareth Taylor added: “Leila is a player who has become accustomed to success throughout her career, and we’re thrilled that she has joined us in a bid to continue that here in England.

“She has a vast amount of experience in high-pressured situations and will give everything she has to win, which matches our own ethos perfectly.

“She is a player who we have admired for a long time given her standing in the game and to finally have secured her signature is incredibly exciting.

“We’re very much looking forward to seeing her make her mark on the English game.”

21-year-old defender Aleixandri – the club’s third summer signing - will officially join the Club on July 1st following the conclusion of her current contract with Atletico Madrid, linking up with team mate Deyna Castellanos.

Born in Santa Coloma de Gramenet in Spain, Aleixandri played locally with Arrabal Calaf and Sant Gabriel before joining Barcelona’s youth academy in 2012 at the age of 12. 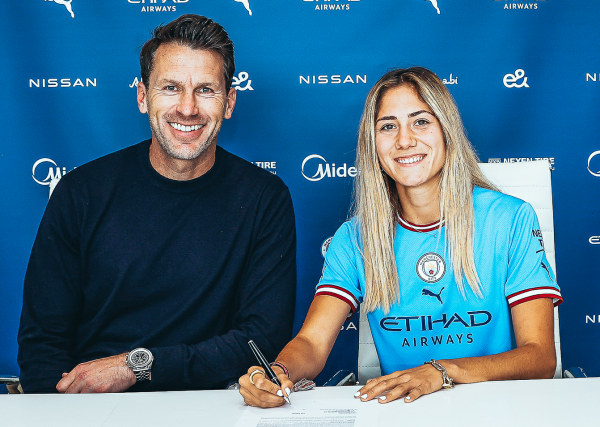 Spending three years in their youth set-up, she moved into their B team in 2015 and plied her trade there for two years before being snapped up by Atletico in the summer of 2017. The defender went on to make just short of 50 appearances in all competitions for the club, playing UEFA Women’s Champions League football whilst with the Primera Division outfit.

On the international scene, Aleixandri represented her homeland at the Under-17s FIFA Women’s World Cup in 2016 and the same competition for the Under-20s in 2018 before making her senior debut in May 2019 against Cameroon, marking the occasion with a goal. In January 2020, she was named by UEFA as one of the ten most promising young players in Europe and ahead of the upcoming 2022-23 Barclays FA Women’s Super League season, she has put pen to paper on a three-year contract at the Academy Stadium. City’s third summer signing, Aleixandri will wear the No.4 shirt for Gareth Taylor’s side.

Speaking about her decision to join City, Aleixandri said: “I am very happy to be here and to be a part of this amazing Club – I am very excited for what is to come.

“Manchester City is a very big club with top players and staff, and I believe this is the best move for me to make. This is a team who likes to play with the ball and with an offensive style, and that suits me personally. 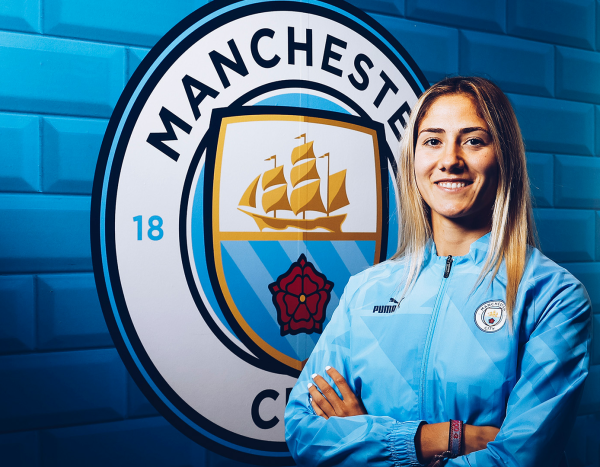 “My dream here is to win a lot of titles and to improve as a player with the help of my new team mates.”

Head Coach Gareth Taylor added: “Having such a talented young player as Laia join our team is a real coup for us as a Club.

“Even though she is only 21, she has an incredible amount of experience under her belt for both club and country so far and it is so exciting to think about what is to come from her in the future.

“She is a player who is hungry to learn and grow, and she will certainly have the opportunity to do that here at City with the team she will have around her.”